WHERE DID YOU GROW UP:  My dad was in the U.S. Coast Guard so my family moved around every 2-3 years. Alaska, California, Hawai’i, Maryland, and Connecticut were all home to me at some point as a kid!

WHEN DID YOU FIRST BECOME INTERESTED IN ILLUSTRATION + DESIGN:  I started drawing Fraggles from the show Fraggle Rock at two years old, does that count?

WHAT INSPIRES YOU:  I’m inspired by travel, music, new experiences, nature, animals, and meeting people. I’m also constantly in awe of Hawai’i, which I’m grateful and lucky to call home.

WHAT IS YOUR FAVORITE PIECE THAT YOU’VE CREATED:  Ziggy Pineapple! The drawing is based on my sister’s dog Ziggy. I think it took me all of 20 minutes to make, but it really captures his derpy/cuddly/magnetic personality.

IF YOU WEREN'T AN ARTIST WHAT WOULD YOU BE DOING INSTEAD:  Playing guitar in a rock band. I was in a pop/punk band in Brooklyn called Puppies- I love being on stage and writing music with people and being really loud! It’s kind of the exact opposite of illustrating.

WHO IS YOUR FAVORITE HISTORICAL FIGURE:  Oprah.

WHAT SONG GETS STUCK IN YOUR HEAD MOST OFTEN:  The Realness by RuPaul. The song is designed that way, I swear.

WHAT IS YOUR SPIRIT ANIMAL:  Definitely a dog. Also definitely a tiger.

IF YOU COULD ONLY EAT ONE FOOD FOR THE REST OF YOUR LIFE, WHAT WOULD IT BE:  Pizza from Paulie Gee’s in Greenpoint, Brooklyn.

WHAT IS THE ONE ITEM OF CLOTHING THAT YOU WEAR MOST OFTEN:  Slippahs (what they call flip-flops in Hawai’i)!

WHAT WOULD THE TITLE OF YOUR AUTOBIOGRAPHY BE:  Kim Eats Paint (also my AIM username from high school)

WHAT IS THE HARDEST THING YOU'VE EVER DONE:  Quitting my comfy job, leaving New York after 11 years, saying goodbye to my friends, and starting a new career and life halfway around the world two years ago. Also the best thing I’ve ever done.

WHEN'S THE LAST TIME YOU LAUGHED SO HARD IT HURT:  Probably watching my friends in Karaoke.

WHAT IS YOUR SECRET TALENT:  The arcade game Buck Hunter. I’m not a hunter, and do not condone that sort of thing. But I somehow always get on the leaderboard.

WHAT IS YOUR GO TO DANCE MOVE:  Napoleon Dynamite-style moves. Got canned heat in my heels tonight, baby!

WHAT IS THE STRANGEST THING IN YOUR REFRIGERATOR:  The amount of Costco-sized things. I live alone, but if you looked in my fridge you might think a whole family lives there. I’m just frugal and, yes, I will eventually drink all those almond milks!

WHAT IS YOUR FAVORITE WAY TO UNWIND AFTER A BUSY DAY:  Reading (trying to do this more and cut back on the amount of trash TV I watch TBH) and a nice sheet face mask. 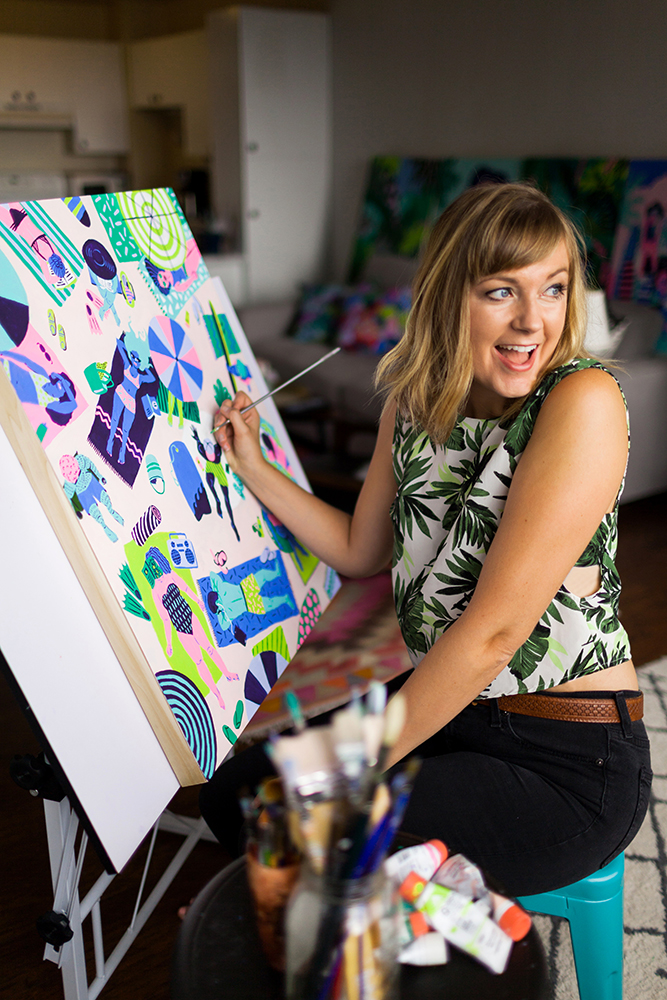